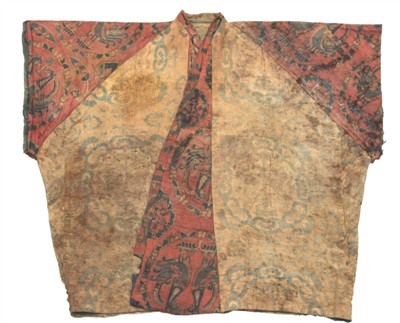 In Chengdu in June, the flowers and trees are gorgeous, and the wind and the wind are smooth. The Chengdu Museum standing on the west side of Tianfu Square has a unique geometric facade shape, simple and generous, and forms a rich urban cultural space with the buildings such as the Sichuan Library, the Sichuan Art Museum, and the Sichuan Science and Technology Museum around the square.

The Chengdu Museum has a history of more than 60 years. In June 2016, the new museum of Chengdu Museum was open to the public. The construction area of ​​the new museum is about 65,000 square meters, and the exhibition area is about 20,000 square meters. It is currently the largest urban museum in the Southwest. There are nearly 300,000 collections in the Chengdu Museum, covering bronze, gold and silver, portrait bricks, stone carvings, ceramics, calligraphy and painting, furniture, shadow, puppets, animal and plant specimens, etc. The shadow collection is unique. The largest number, the most comprehensive, and the best quality museum.

Ren Ren, the head of the Chengdu Museum, said: “Chengdu has a long and splendid cultural history. Creating a personalized historical display and showing Chengdu’s unique historical development context is the natural mission of Chengdu Museum as a local comprehensive museum.”

The “Chengdu History and Culture Display” is based on the title of Du Fu’s famous sentence “Huazhong Jinguan City”, expressing the thickness and magnificence of Chengdu’s history, showing the openness, tolerance, and diverse urban character.

Entering the “Chengdu in the pre -Qin period” exhibition hall, Tao Zun, which has a variety of forms, is noticeable. These Tao Zun was unearthed in the Baodun cultural city site, which is 4500-3700 years old, with wide-bottoming, handicon, and open-footed feet. Tattoos, fine lines, additional stacked patterns, poke printing and so on. The discovery and confirmation of the Baidun Cultural City Site Group establishes the status of the origin center of the upper reaches of the Yangtze River in the Chengdu Plain.

The predecessor is upright, the forelimb is supported by the ground, and the body is curved. The shape of the copper dragon button is covered with the shape of the dragon on the Sanxingdui site No. 1 sacrifice pit. The copper dragon -shaped buttons are from the Jinsha site of Chengdu. Jinsha -Twelve Bridge Culture is another peak in the history of the development of ancient Shu civilization after Sanxingdui culture.

“This is the Warring States Boat Coffin, which archaeologists call it ‘to carry the soul -carrying boat.” The interpreter said that they were unearthed in the Chengdu Commercial Street. There were 17 funerals in the grand tomb, including 9 coffins, and the coffin inside the coffin. No human bones were found. The ship coffin in front of me is about 4.53 meters long, about 0.8-0.9 meters wide, and about 0.6 meters high. The front section of the coffin is slanted from the bottom, slightly upturned, shaped like a bow, and there is a semi -circular hole on each side. There are pottery in the coffin, as well as a large number of exquisite lacquer wood wares, including furniture, living utensils, and weapon attachments. The discovery of these lacquerware indicates that the lacquerware crafts in Chengdu during the Warring States Period have been quite developed. 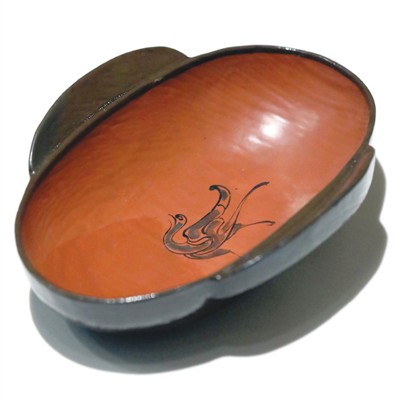 In the exhibition hall of “Chengdu during the two Han Dynasty, Wei, Jin and Northern and Southern Dynasties, many precious cultural relics showed the prosperity and prosperity of” the country of heaven “. After Qin and Bashu, Li Bing built Dujiangyan. By the time of the Han Dynasty, the Chengdu Plain was “water and drought from people, not knowing hunger”, and had the reputation of “Tianfu”.

Two manor production and life portraits unearthed from the Han Dynasty Baohan Tomb of Chengdu, which truly reproduces the Wo Ye Qianli of the Chengdu Plain in the Eastern Han Dynasty. Prosperous scene. The upper layer of the portrait stone is the hill hunting scene, and the center is a weapon frame with a fork, halberd, anchor, knife, bow and arrow, shield, etc. The lower layer is a brewing map, which depicts the complete winemaking process of drawing water, food transportation, boiling, and fermentation of the altar.

“Our old ancestors are really wise!” Many viewers praised before the Western Han Muchi Machine model. They come from the old officials of Chengdu, the grave of the mountains of Chengdu. There are two types of faint weaving machines and connecting rod types. The structure is complicated and delicate. It represents the highest level of Chinese brocade technology at that time. According to reports, when the weaving model was unearthed, some components were residial on the wire and dyes, and there were lacquer wooden figurines on the scene. It should be weaving, and the grand production grand occasion of Shujin produced in Yangxiong’s “Shu Du Fu” was reproduced. The Han Dynasty in the Han Dynasty was full of the world, and it was exported to the Quartet through the Silk Road. The promotion and use of the jacquard weaving machine has played a huge role in promoting the development of the silk industry in China and the world.

The Guan Guanshan Han tomb also found the human model of the Classic Classes. The lacquer person stands upright, the facial features are clear, the body is black paint, and the body is engraved with 51 meridian lines and 117 acupoints. Meridian lacquer people are the most complete human meridian model to date, which reflects the development level of meridian acupuncture in the Han Dynasty. At the same time, more than 900 medical bamboo slips were also unearthed. At present, 5 medical books are sorted out. Among them, some experts in the “Book of the Pulse · Shang Jing” believe that it may be classic books of the Lost TCM Bianzheng School.

“The noisy metropolis, the flute sprout springs.” Du Fu depicts the lively scene of Chengdu’s song and dance in the “Chengdu Mansion”. In the late Tang Dynasty, with the national economic center of gravity moved south, Chengdu and Yangzhou, a new commercial city in Jiangnan, together became the economic center of “the world’s extravagant”, and had the reputation of “Yangyi Yi two”. 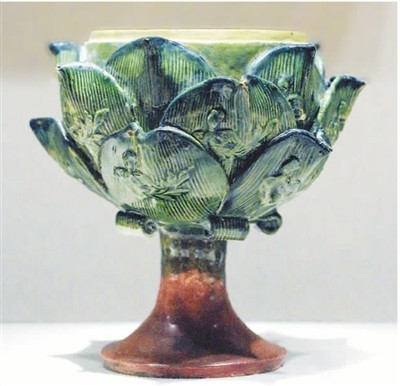 The Tang Dynasty in the exhibition hall reflects the technical level and cultural style of the Tang Dynasty Chengdu from one side. In front of you, this group is half -armed to the bird pattern to the bird pattern, 80 cm long, and 65 cm wide. It consists of two parts. The part of the yellow land is Shujin, and the red land part is Sogo, also known as Persian brocade The color is gorgeous and does not fade for a long time. This fabric is a combination of Chinese and Western economic and trade exchanges in the Tang Dynasty. Another treasure pattern is half -arms. The pattern is a popular flower flower in the Tang Dynasty. It consists of the blooming flowers and blades to form a region -shaped flower shape, showing the rich and luxurious Datang weather.

During the late Tang and Five Dynasties, the wind and dancing banquet in Chengdu prevailed. Later, the number of tricks and figurines unearthed from the tomb of Zhao Tingyin, the King of Shu and Song, has a large number of musical figurines, different expressions, painting in the whole body, and drawing gold decoration. It is the most exquisite painting of pottery and music figurines in the southwest of the southwestern region. Among them, the painted pottery blows the flute figurines, the head comb is high, the flower inserts the flower, the two -layer twin -layer dumplings in the inside red inside, the two hands hold the flute, placed on the mouth as blowing, the expression is focused, as if immersed in the wonderfulness of the wonderfulness, as if immersed in the wonderful beauty In the music world.

Chengdu in the Song Dynasty was the largest commodity distribution center in the southwest, and the earliest banknotes in the world were born here. With economic prosperity, citizens’ lives are more colorful. There are many types of cultural relics unearthed in Chengdu, and many of them are related to life fashion such as chess, grace, tea, and flower arrangement. A set of bronze elephant chess pieces found in the Song Dynasty tombs of Wan’an Town, Tianfu New District, Chengdu have 30 pieces, 2 “elephants”, 1 “cannon”, and 1 more “stroke” than modern Chinese chess. According to literature, chess has been generated as early as the Warring States Period, and it has been well -known by the Song Dynasty. The chess funeral in the Song tomb confirms the popularity of chess in the Song Dynasty. The Song people pay attention to the aesthetics of life. As a daily necessities, Song porcelain is known for its clear elegance. Dingyao white porcelain child pillow is a fine product in Song porcelain. A white fat child sleeps sideways, his expression is natural and lifelike. The porcelain tires are delicate, and the glaze is white and warm, giving people a soft and warm beauty. 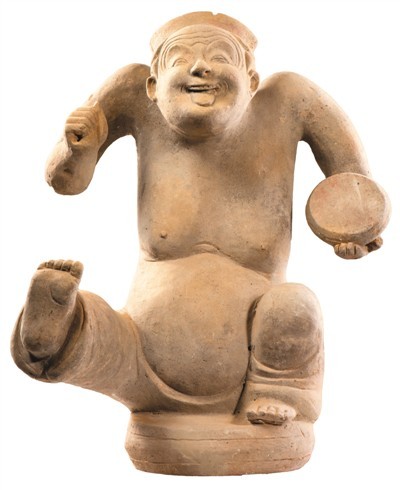 In recent years, the Chengdu Museum has taken a distinctive exhibition system as a key work, and has carried out diversified public activities around the exhibition.

According to Wei Min, director of the Planning and Research Department of the Chengdu Museum, Chengbo adopted the working model of the curatorial system to encourage independent planning of original exhibitions. , “Glory Chengdu”, “Art Collection” and “Colorful Civilization” series of exhibition brands have been formed. As of December 2020, the Chengdu Museum held more than 40 special exhibitions, including “Soul of the Silk Road: Dunhuang Art Exhibition and Special Exhibition of the Kingdom of Tianfu and the Silk Road” “Light and Shadow Floating: European Painting Five hundred years” ” Prepare the five capitals -the Chinese cities in the Qin and Han dynasties “and other extensive exhibitions with extensive influence. More than 10 million viewers entered Chengbo and share cultural feasts.

The Chengdu Museum has carried out the “Tianfu Culture Entry Campus” activities many times. It has developed a variety of museum courses for students with different academic sections, and a rich form of form and high -quality content cooperation platforms are established. Since September 2020, Chengbo has launched the “Weekend Children’s Museum” on weekend nights for adolescents, which is very popular with children.

The Chengdu Museum also actively builds a new media communication matrix, and uses lively and lively forms such as comics and micro -video to tell the story of cultural relics. The official WeChat fan of the Chengdu Museum reaches 1 million, ranking among the forefront of the city museum across the country.

In 2019, the Chengdu Museum’s permanent exhibition “Huazhong Jinguan City -Chengdu Historical and Cultural Display” won the “Top Ten Exhibition Exhibition Awards for the National Museum”. In 2021, the “Shadow Dance Vientiane Puppet Drama -China Shadow Wood Puppet Exhibition” won this honor. Ren Yan said that in the future, the Chengdu Museum will launch more and better exhibitions, social education activities and cultural and creative products around its own collections, to create a urban cultural living room with regional exchanges, civilizations, and integration of ancient and modern.