Will the rural construction team do not make vases? Flower 450 Buy the mold to do it by yourself, good -looking and saving money

It has been more than two years since the residential park has launched a contribution and exposure. Unconscious The male owner came to do the construction of a house, but today this story of building a house from Rural Anhui is a bit different.

Ms. Chen was from Sichuan. She met her husband and loved her in work, so she married Anhui. Speaking of the original intention of building a house is the same as most of my friends. The old house has been in disrepair for a long time. In order to give the in -laws a comfortable old age, he decided to build a new house.

Originally, the construction of a house was generally carried out by men in the family, but Ms. Chen’s husband was too busy, and his in -laws were all rural people. They were particularly honest. They should not work too much when they were older. So Ms. Chen resigned from her original job, while taking the children to fully take responsibility for building a house.

I have seen many owners complaining about the hard work of the construction of the house, saying that the people who have been in the building house have lost dozens of pounds, and Ms. Chen has to bring children while busy building. Among them, the hardships can be imagined.

Because I wanted to build a house, I learned about the residential park on the Internet. Ms. Chen was looking for villa drawings that satisfied their family members, while referring to other people’s house construction cases to learn lessons. 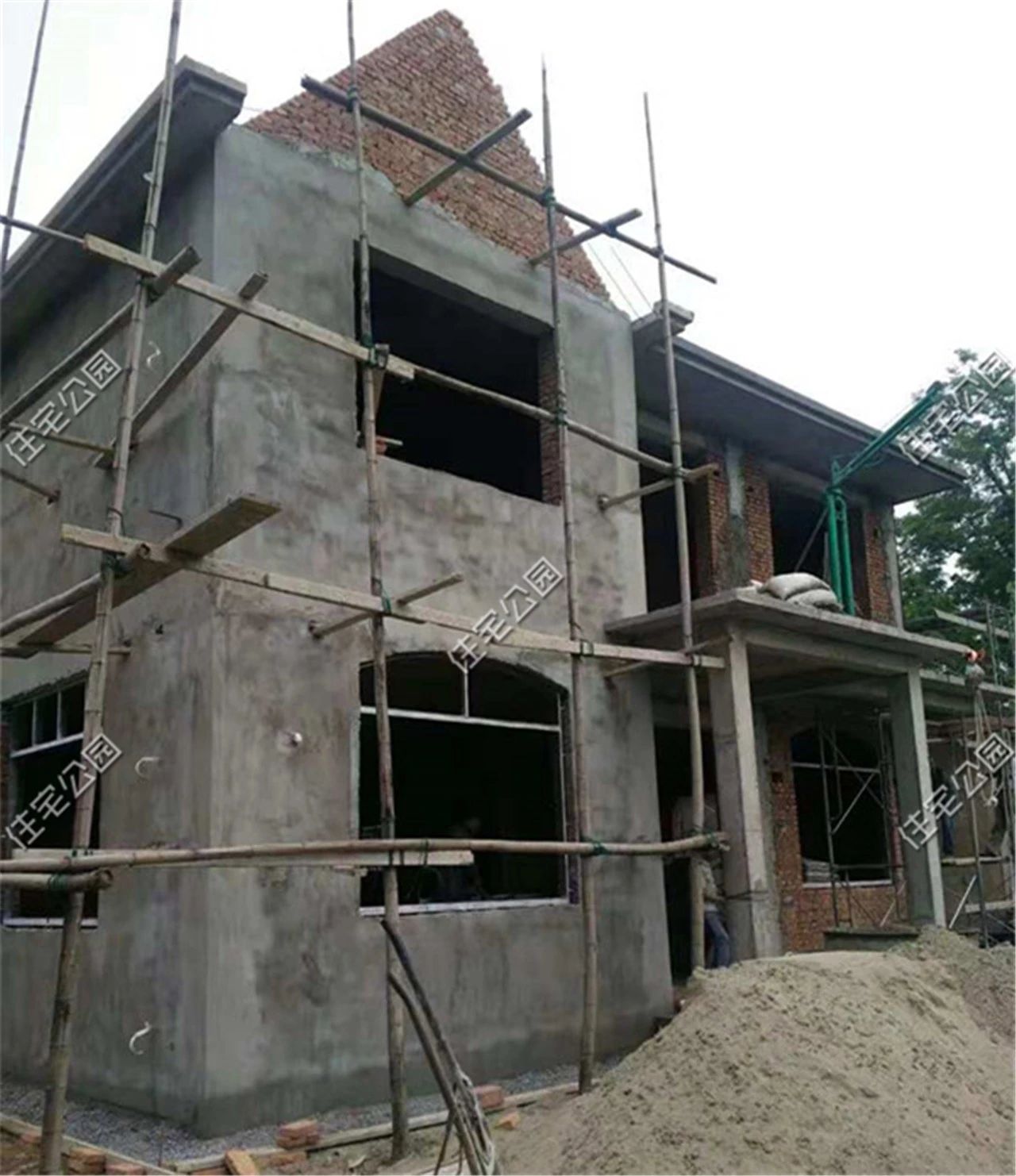 After watching more than a year, I finally chose this American -style second -layer small villa. The simple villa shape is easy to construct. The white wall paint and cultural stone on the outer wall with red slope roofs are unique to a rural temperament.

Draw the layout drawings according to the actual situation at home, reduce the difficulty of construction on the water, and reduce the cost of building houses. 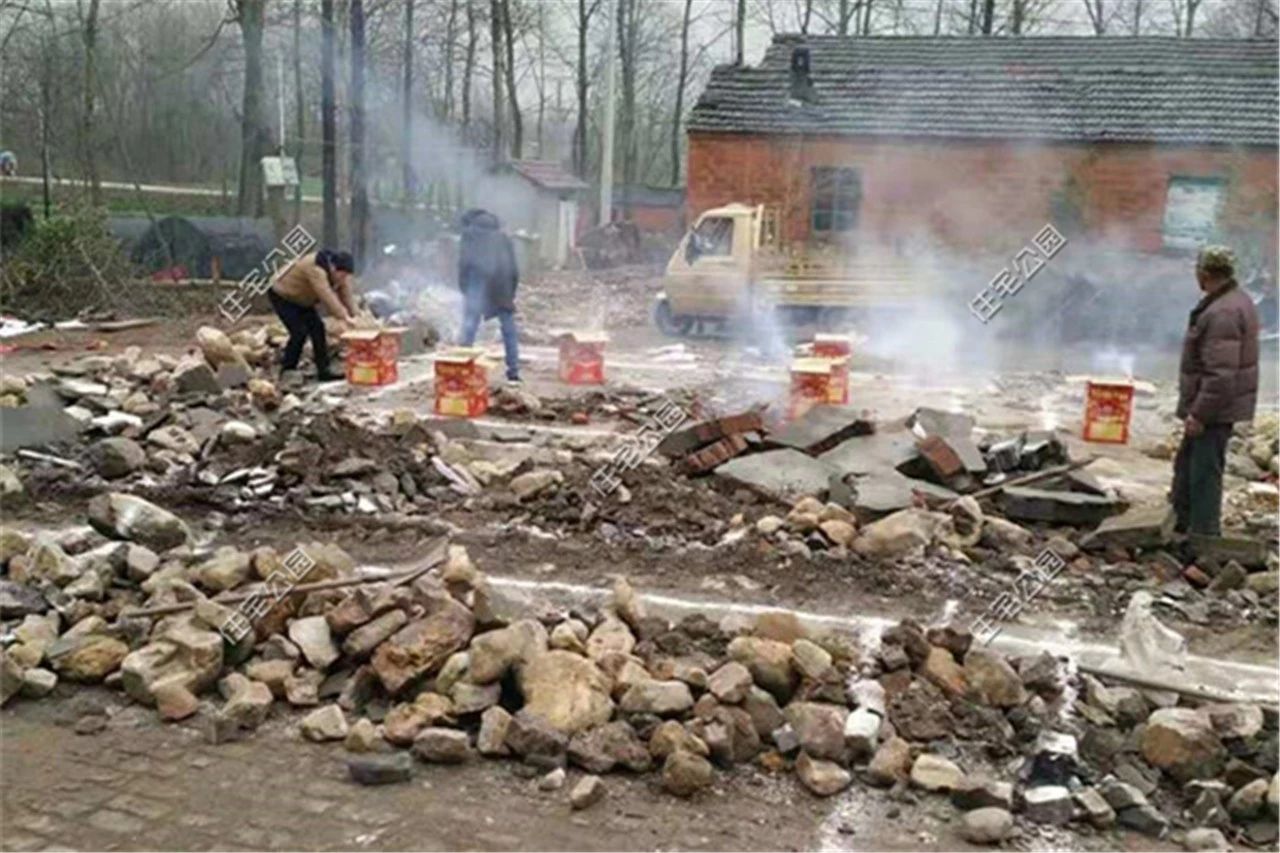 Local workmanship is 230 yuan a day, a small worker is 130 yuan a day, and the main body contracts to the construction team’s labor cost of 80,000, including hydropower pass (according to the standard of submission of commercial housing).

Choose the good day of the day, start the floor, pour a floor of the floor, and set off firecrackers to bless the construction house. 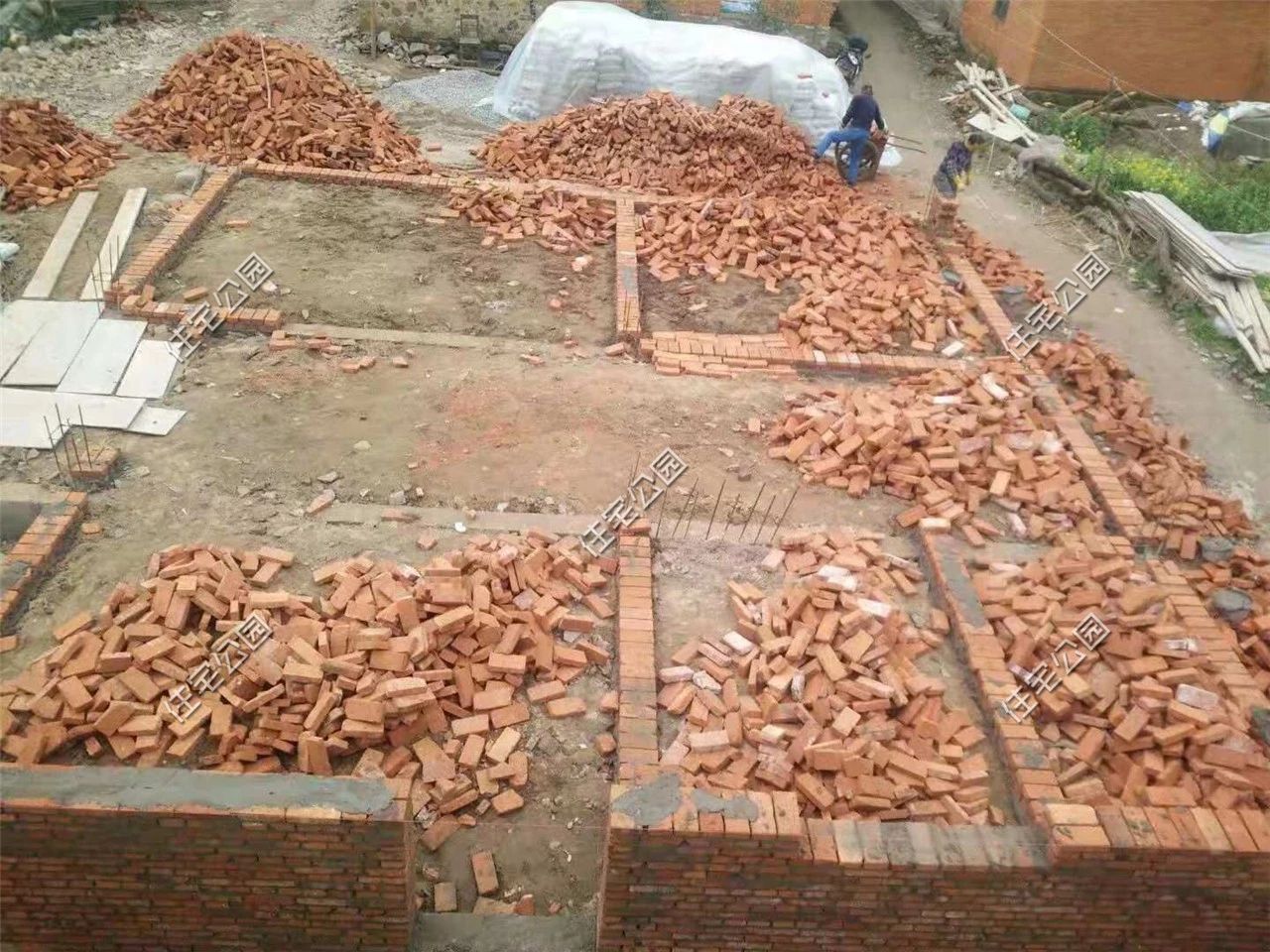 Over the past half a year, Ms. Chen sent her children to school in the morning, and then rode back to her hometown to supervise. She returned to the city to pick up her children at noon and went home to cook.

Although the hometown is not far from the city, the traffic is inconvenient, and the Yangtze River needs to be passed by the Yangtze River. According to Ms. Chen’s words, it is “everyone is sunny!” Seeing his wife so tired, Ms. Chen’s husband was very guilty.

Digging base troughs, built -in woolstone removed with old houses, is a good way to save costs under the premise of geological conditions. 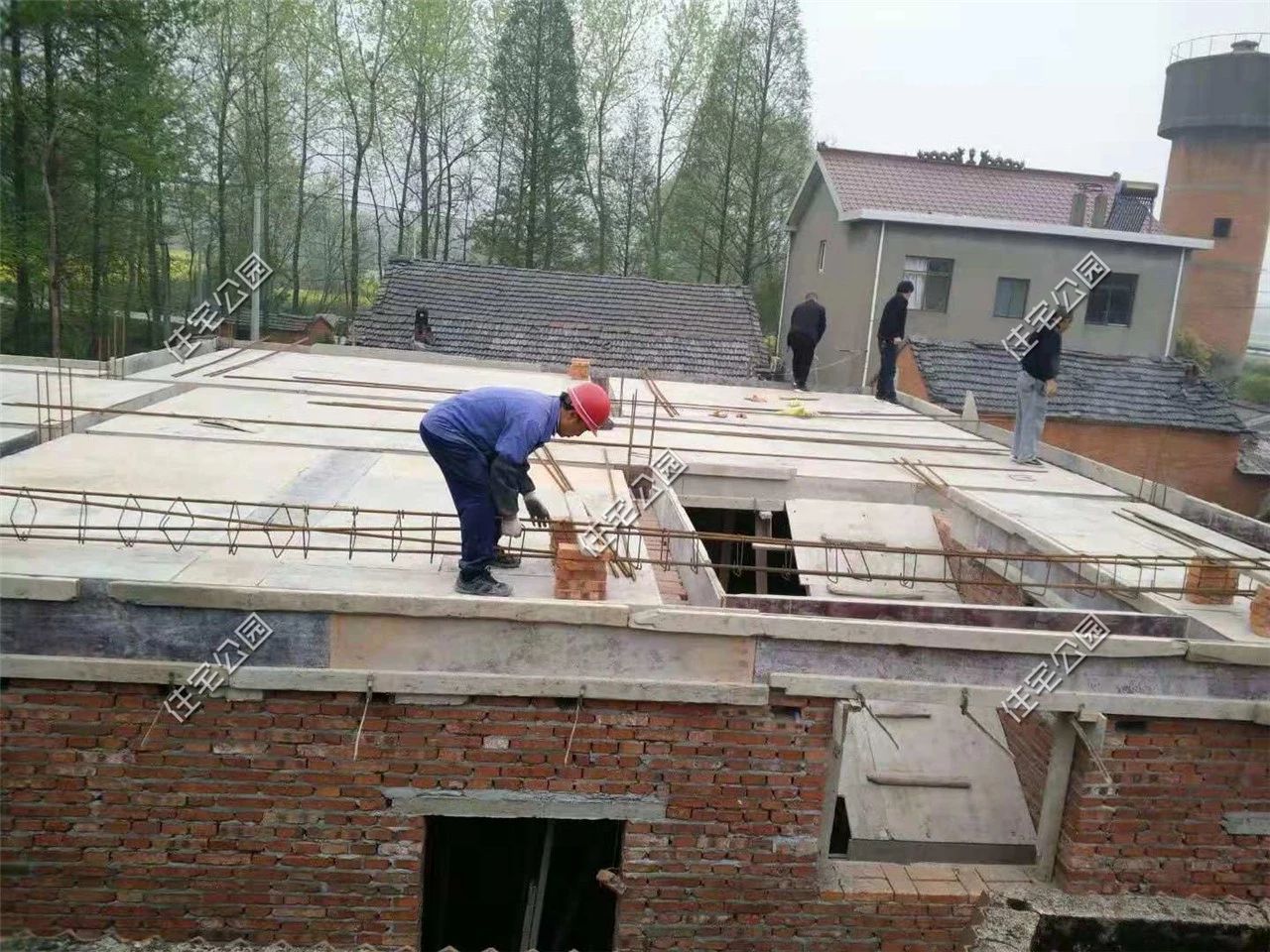 Tie the reinforcement of the beams of the ground. 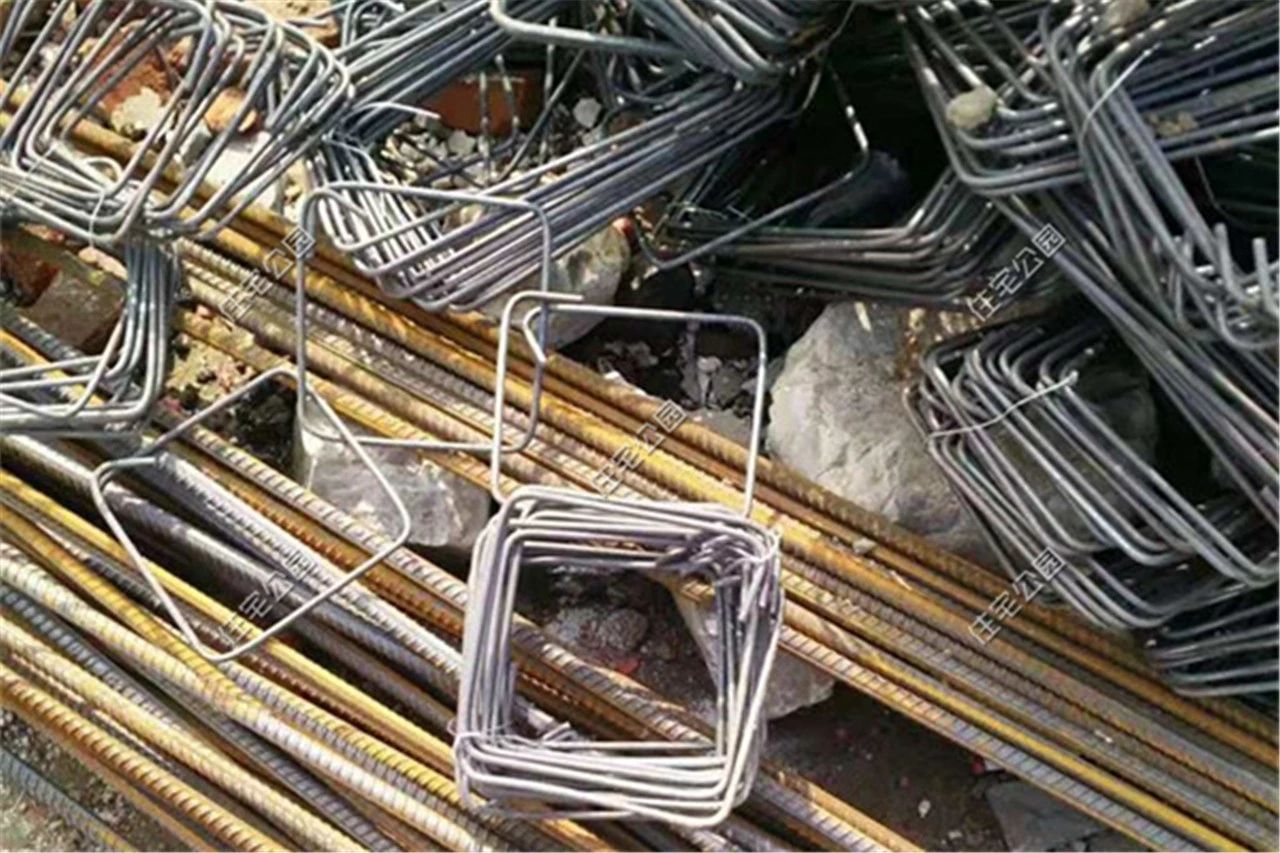 With 18 nuts, the foundation is well done in the village.

Finally, the mold pour the concrete. 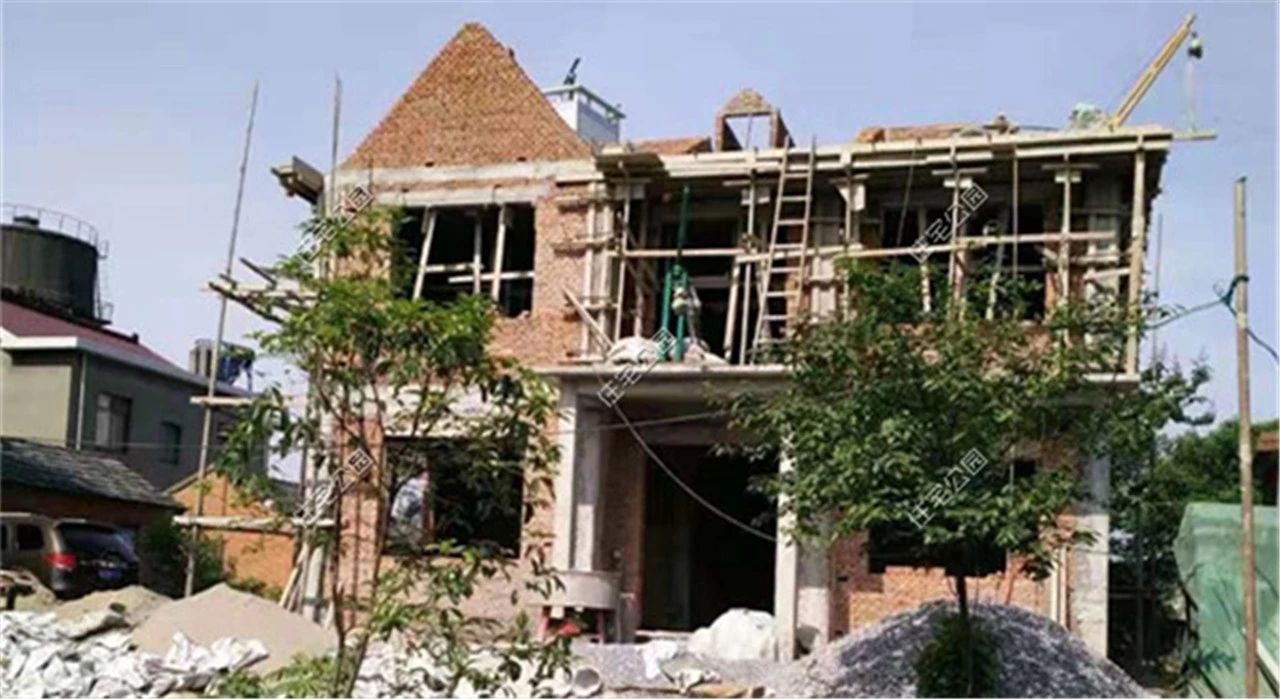 I started thinking about saving money to buy gray bricks, and then I thought it was still strong. However, many local factories have been discontinued and they have been bought in many places. Start the template and start tied the floor of the floor.

Because of the price increase of building materials, the budget of the original house was not enough. The steel bars are bought in the steel wholesale market. They build a house at the same time and let others send thousands of dollars in the local area.

The steel bars of the floor should follow the principle of fine bars and densely. If the diameter of the plate tendons is large and the distribution is relatively sparse, it is not conducive to the power and force of the floor.

When I raised my eyes to look at the rural landscape, the rural life of planting vegetables and flowers in the fields jumped in front of them.

After pouring the concrete, we must take care of it carefully, moisturize in summer, and heat preservation in winter.

Because the funds were not in place, Ms. Chen also made a lot of compromises.

The 3 -meter -high level was finally changed to 2.75 meters. When I saw the effect, Ms. Chen regretted it. The space looked very stingy. 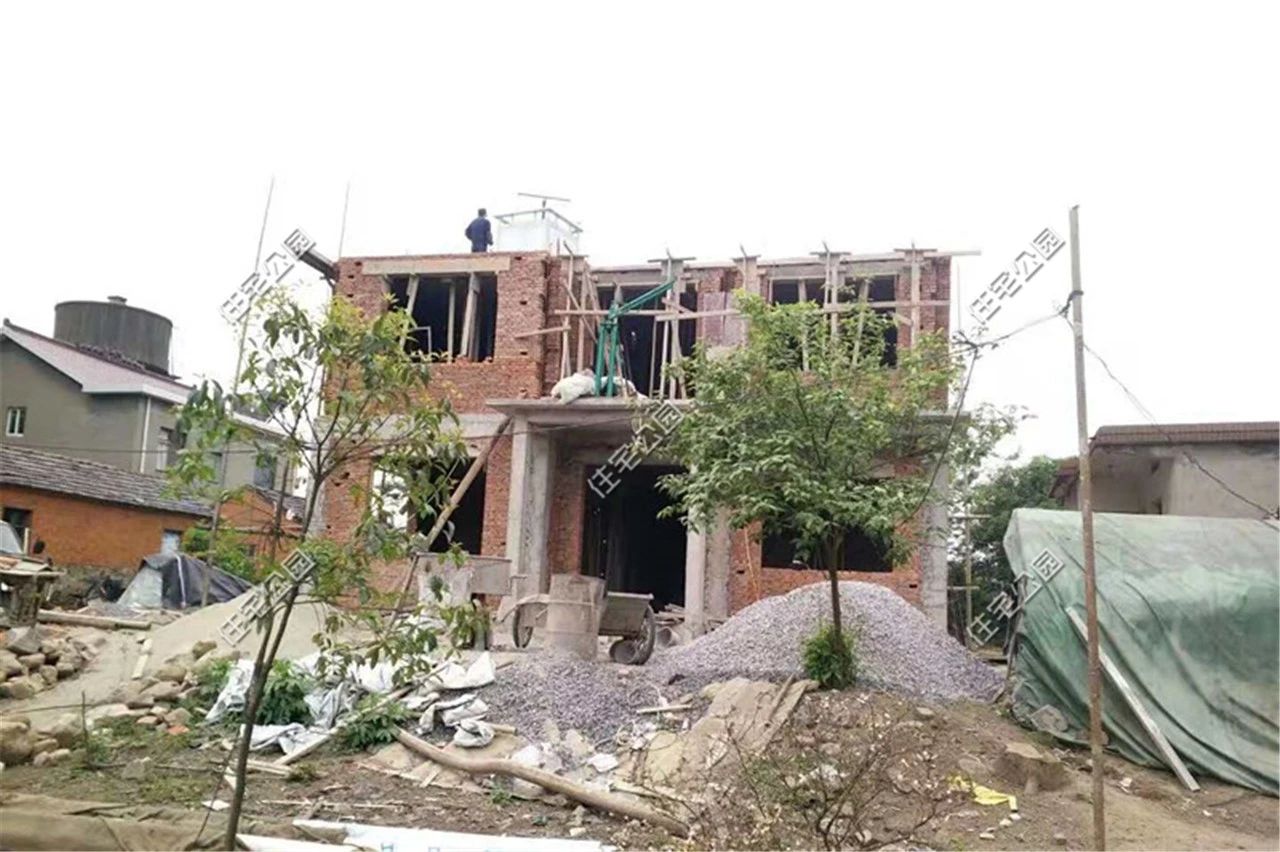 There is also the Roman column of the Gate bucket to add money separately. One is 850 yuan, and the two cost 1700 yuan. Finally, it was changed to Fangzhu.

The second -layer balcony did not make an anti -water beam, and it may leak in the future. This is also a problem that I didn’t notice during construction. 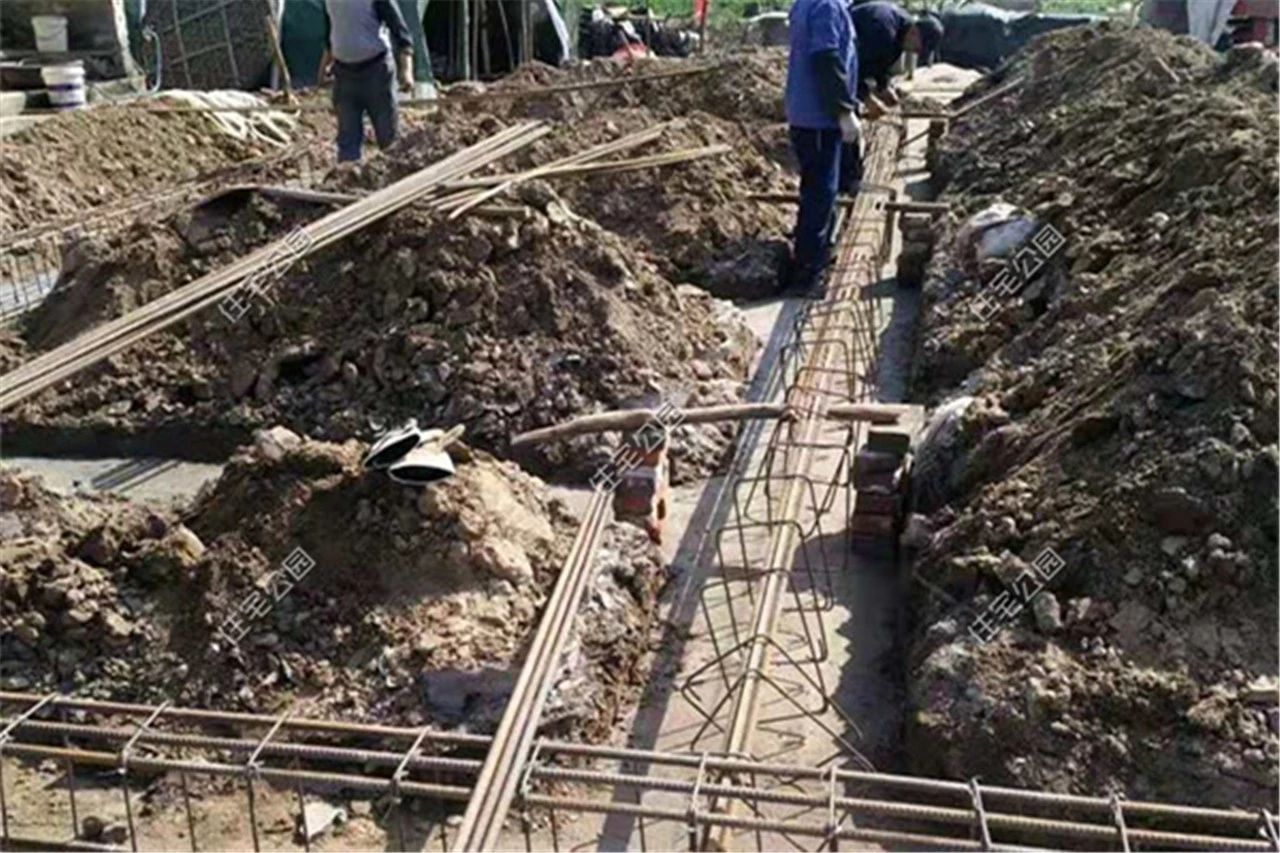 In order to rush the working period, the slope roof construction is performed at the same time as the exterior wall plastering.

Due to the limited technology of rural construction teams, the slope roof did not do it according to the effect drawings. This is also a pity that Ms. Chen is also very regrettable.

The roof tile was bought with glazed tiles, a piece of 3.5 yuan, and the hook tiles and the ridge tiles were more expensive, 5 yuan a piece, and it took a total of 5,900 yuan. 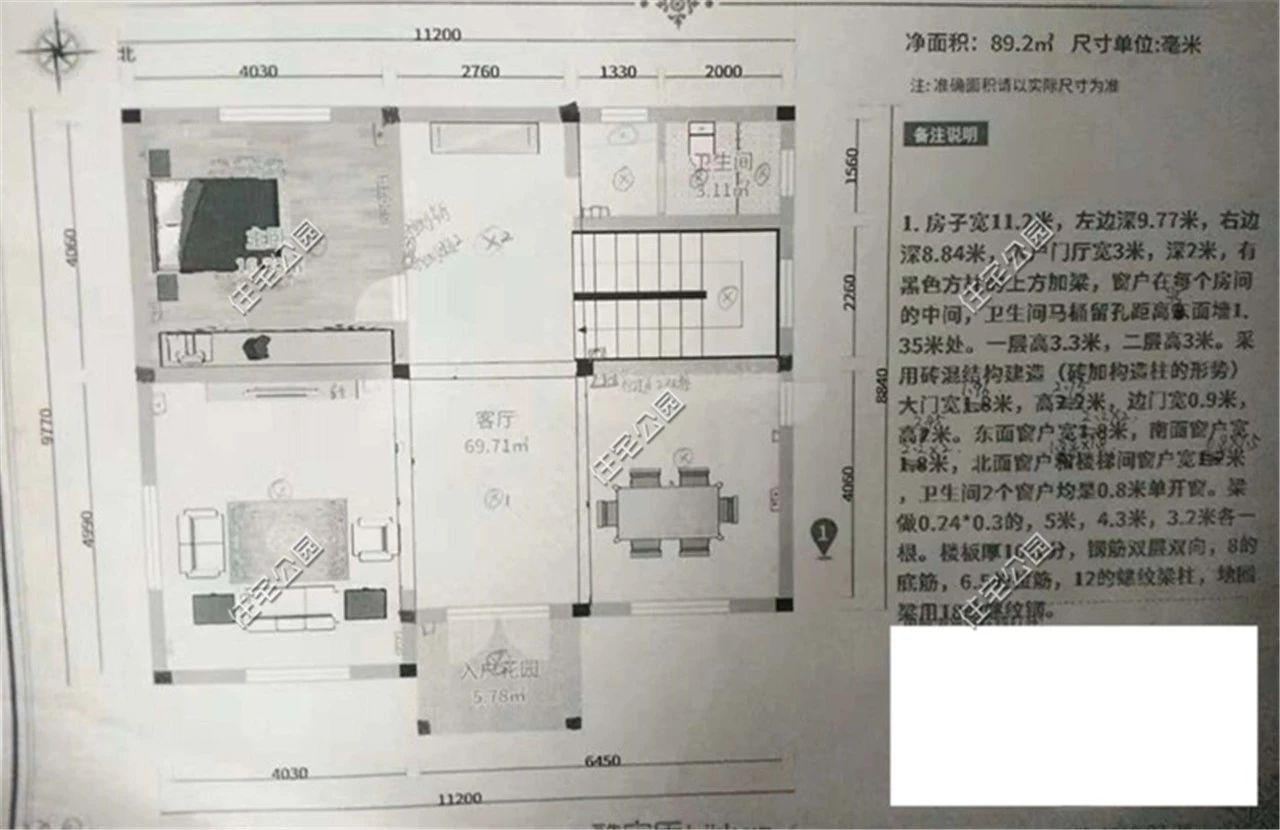 The vase pillar construction team on the balcony on the second floor did not do it. Ms. Chen had to buy the mold on the Internet by herself. I bought a mold of 1 meter and a rotary column of 1 meter. Ms. Chen and her husband made one meter a day and spent more than a week to finish it. 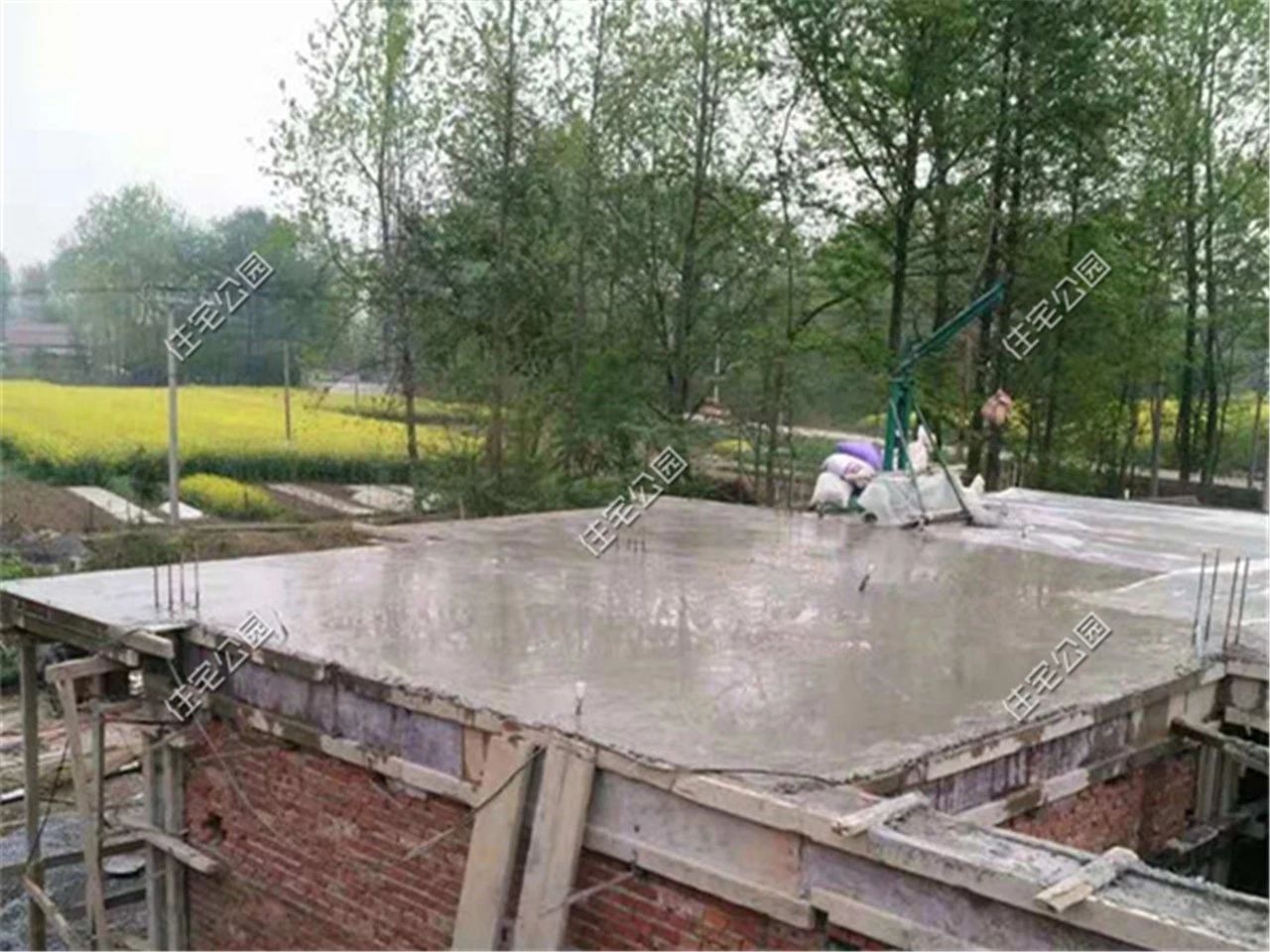 After half a year of hard work, the house is finally completed. The main cost includes exterior walls, doors and windows, and costs about 250,000. 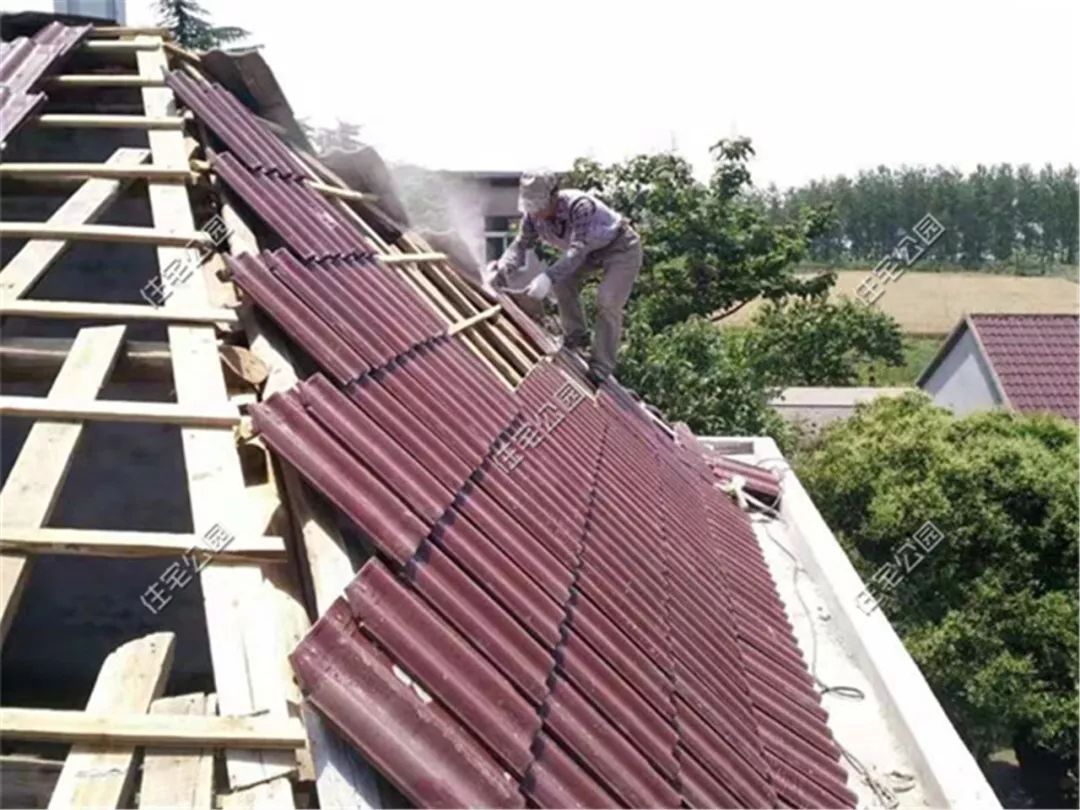 Although Ms. Chen said that the house was not as elegant as other friends contributed, but in 2018, in 2018 when building materials are rising, they can spend 250,000 to build a small ocean building. Ms. Chen spent her thoughts. Can’t say clearly. All of them, I believe that only Ms. Chen can experience it.

Although there are many unsatisfactory places in the house, according to Ms. Chen himself, it is “just like taking a child by himself. There is nothing surprising. Suddenly, it seems that it is not bad. In my husband’s hometown, our house is built and counts. Yes. “

After talking about these two o’clock in the afternoon, Ms. Chen will continue to send their children to school. After that, they have to go to the market to buy doors to prepare indoor decoration. We also look forward to seeing Ms. Chen’s submission again and sharing her decoration experience! 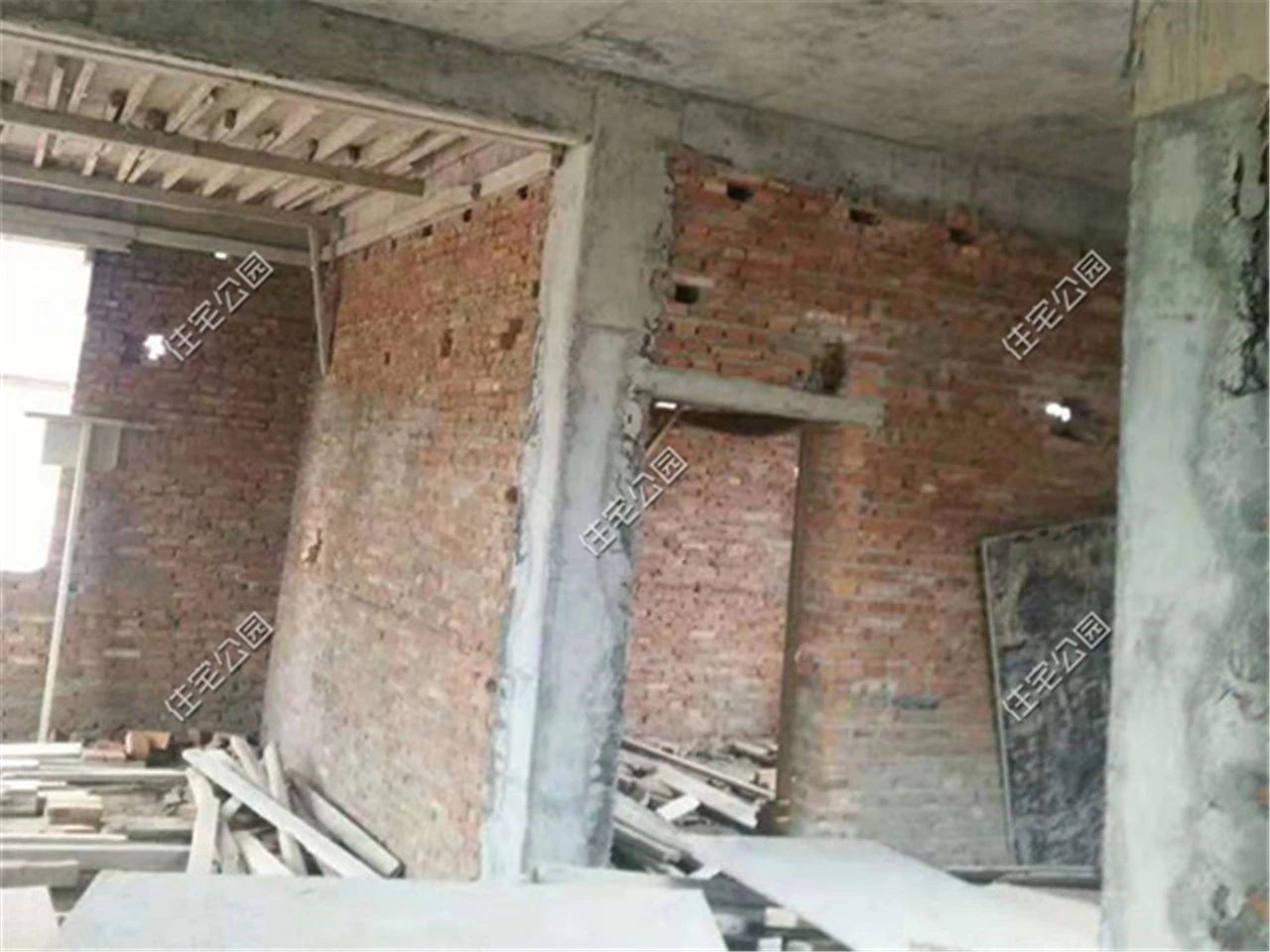 Pay attention to this number, there are new units every day, as well as the knowledge of building information in one hand.