Yellow Crystal 貔貅 hand ornaments (closed in 2020) legend is the descendant of the dragon; the male name “貔” can recruit wealth, and the female name is “貔貅” to keep wealth. The corner of the head is called “Tianlu”, and the two corners are called “wicked evil”. In ancient times, there were also useful soldiers to refer to the brave warriors; Zhuge Liang in the Peking opera “Lost Street Pavilion · Empty City” once had a singing “each of its own master”.

This bracelet is known as “the stone of the businessman” and the “crystal yellow gemstone”. The staple food of gold and silver jewelry, with the spirit of recruiting wealth and evil spirits: the head is full of energy, the big mouth of the wealth is open, and the treasure hunting eyes are open and god; 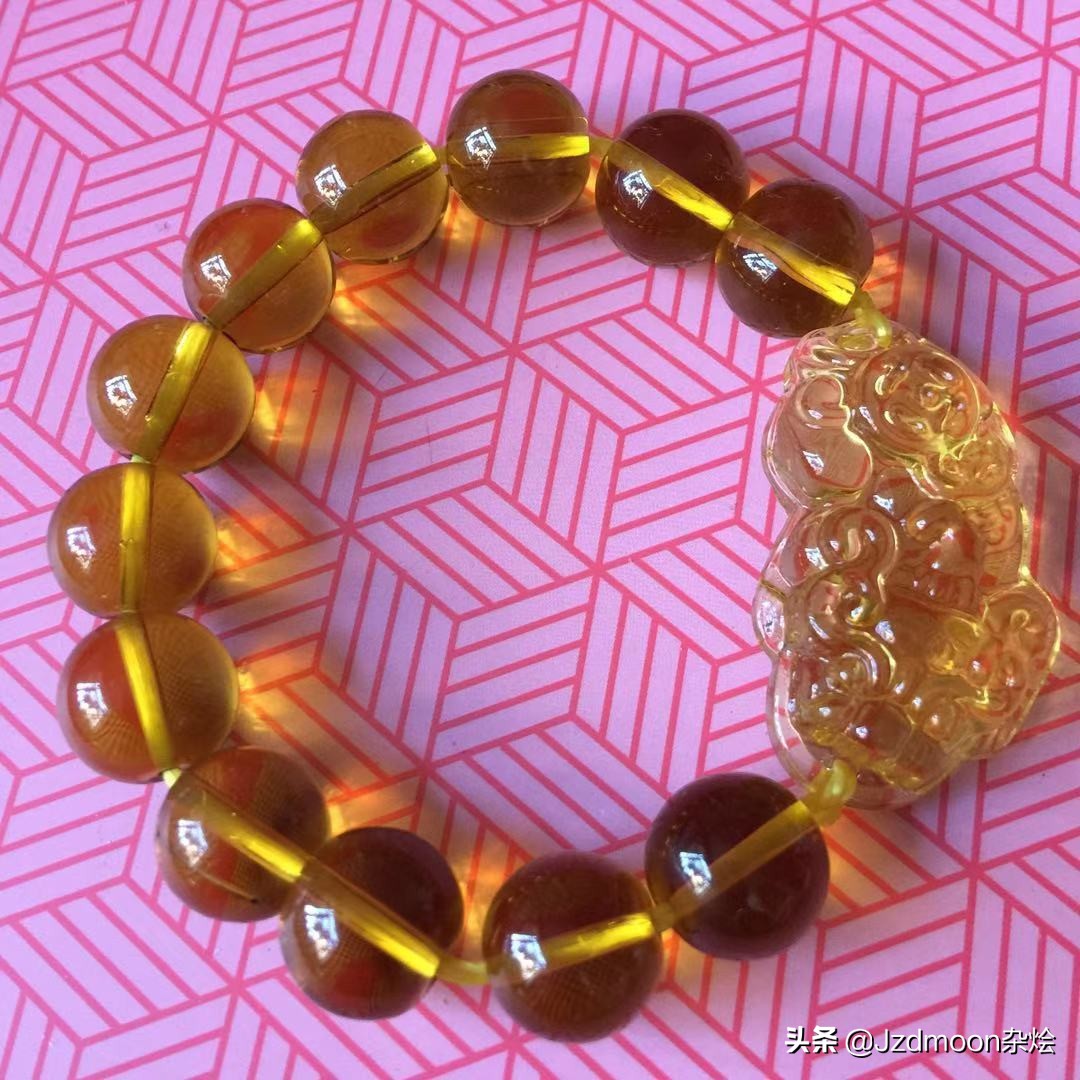 According to legend, Pixiu is descendants of dragons; The male named “Pi” can make money, and the female named “Xiu” can keep money. The one at the top of the head is called “Tianlu”, and the one at the two corners is called ” Bixie”. In ancient times, it was also useful to refer to brave soldiers; Zhuge Liang once had a lyrics in Peking Opera “Lost Street Pavilion, Empty City, Cut Ma Su”, “Ge wei qi zhu tong Pixiu “.

This ornament , known as “the stone of merchants” and “crystal topaz”, is a yellow crystal with light yellow and clear color. Brightness and chroma are excellent. The “Pixiu”that Staple food, gold, silver and jewelry,make money And avoid Evil Spirits: The Head is upturned, the big mod of make money is open, and the eyes of treasure hunting are wide and full of Gods; The Whole Body is Bejeweled.