I completed the renovation of an old house in September last year, but because I am not all -inclusive, I can’t keep staring at the scene. As a result, the final decoration effect is lower than my own expectations. The unsatisfactory place is the number and location of the wall insertion of the balcony and the kitchen. Originally, two walls were reserved in the kitchen hand washing pond area. One was behind the refrigerator and the other was above the sink, but the hydropower industry actually only installed a wall insert. 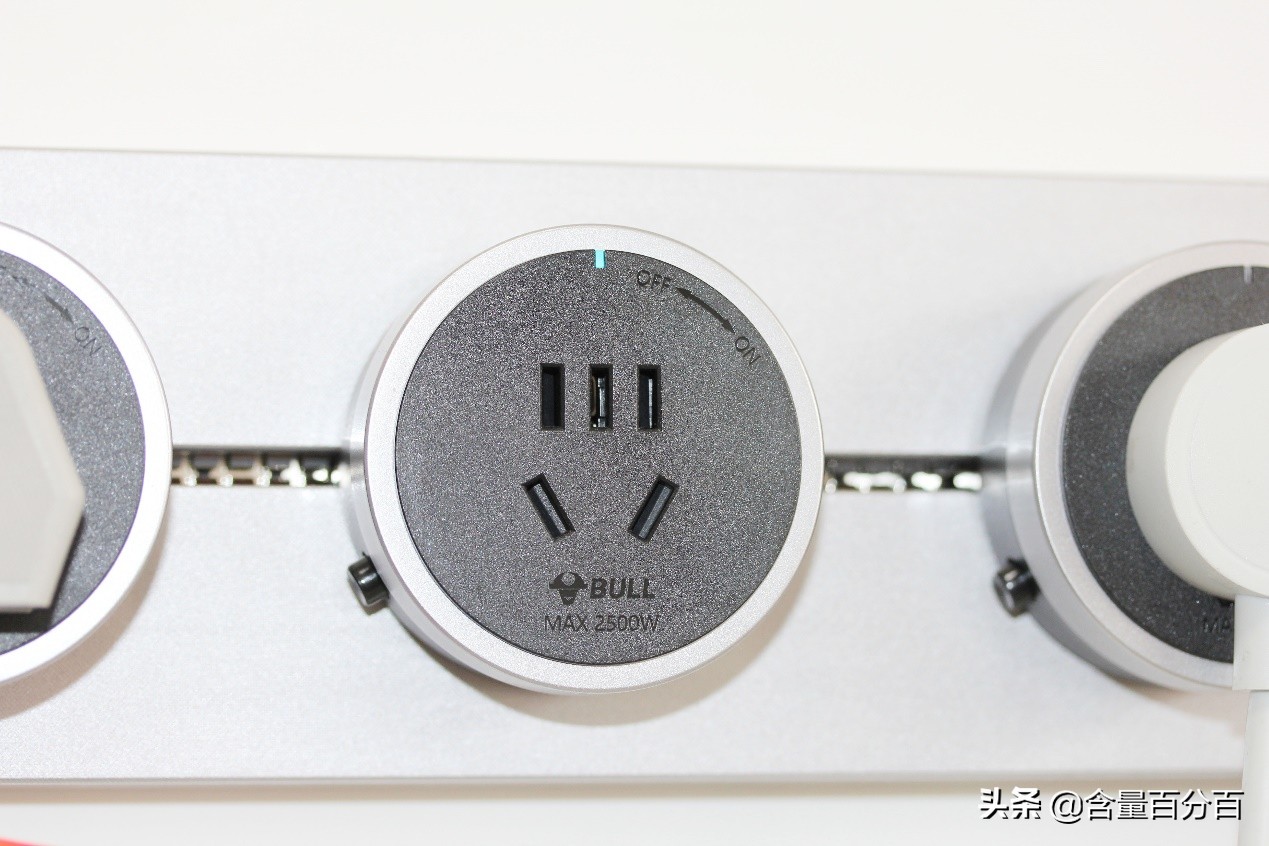 There are already multiple brands to choose from on the current rail socket system on the market. In my home, because of the more bull appliances, my home is directly selected. The Bulls Rail socket system has two silver and black color matching. There are three specifications of 50 cm, 75 cm, and 1 meter to choose from the Bull track socket system. The main difference is that the maximum power is different. I choose a silver light 1m+5 -hole socket adapter set. If the adapter feels insufficient, the user can also buy it separately. 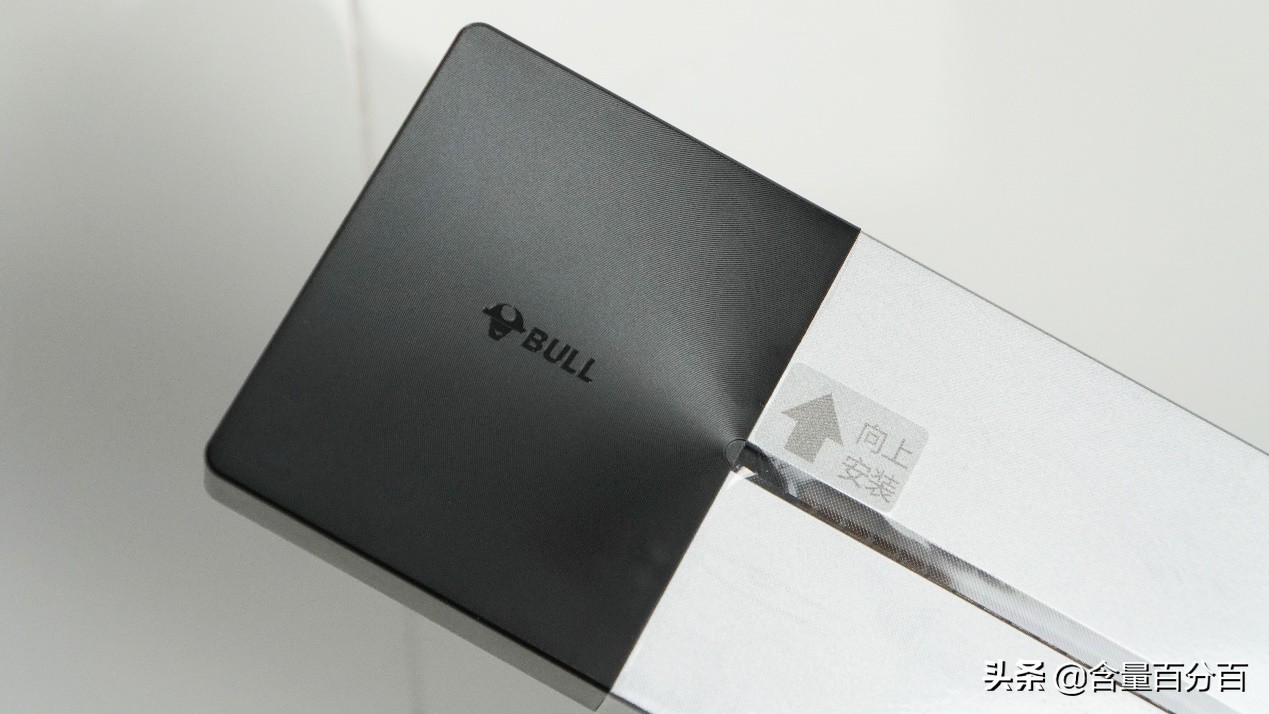 There are two specifications of the socket adapter, one is 5 holes in the new national standard, and the other is a dual USB interface. We can choose according to our actual use scenarios. 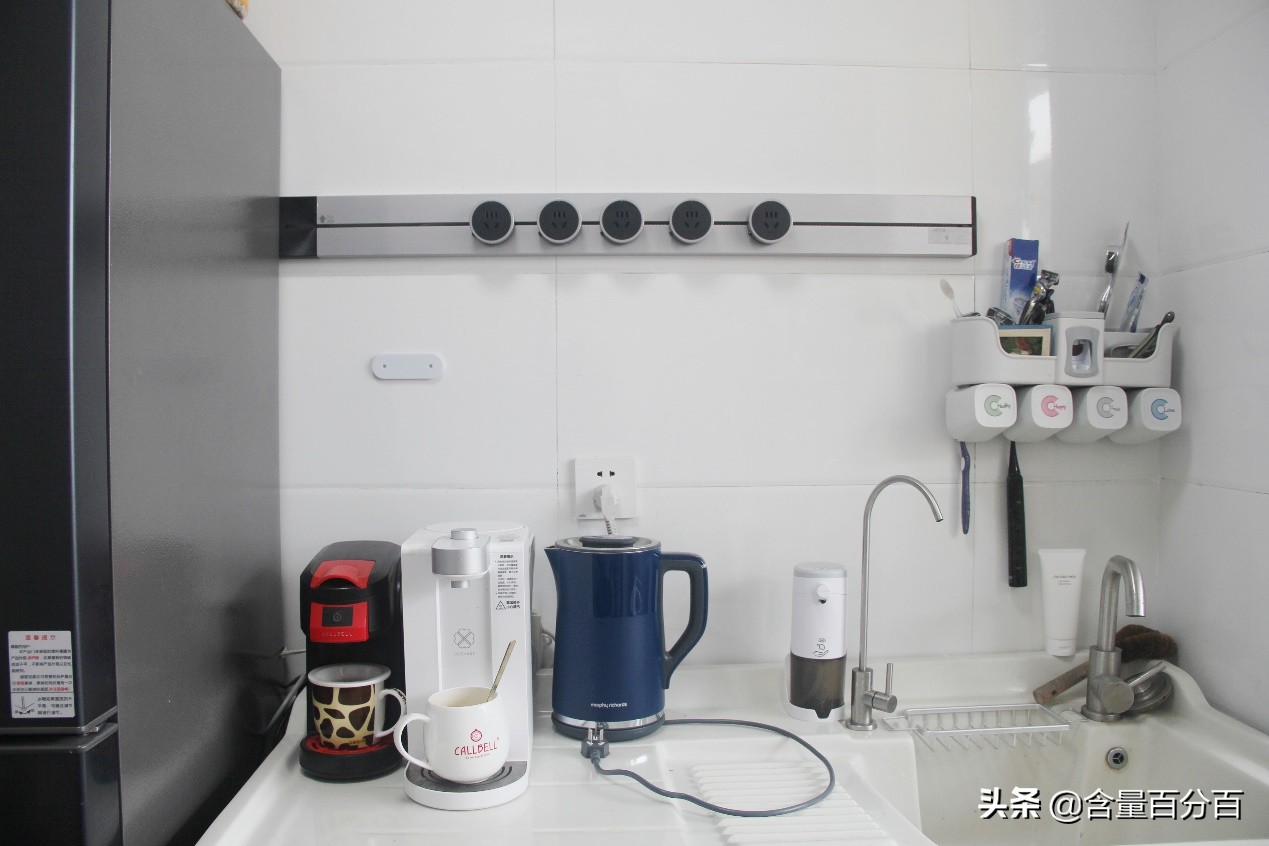 The maximum power of the new national standard 5 -hole socket adapter is 2500W and the maximum rated current is 10A. The highlight of the socket adapter is to bring an independent rotation switch. You can rotate the outer ring silver ring at any time to manually turn on or turn off the power. The design of the rotating silver ring switch is more beautiful than the independent physical buttons, and the operation is equally simple and fast. The position of the center of the socket adapter is designed with a power indicator light to facilitate real -time understanding of the current state.

Simply use the dynamic drawing to demonstrate the switch operation. The rotation resistance is slightly loud, and there will be a crispy click when the switch is switched.

Power supply or power outage of the socket adapter is achieved by controlling the contacts on both sides. When we rotate the outer ring silver ring to the right, the contact part of the two sides bounces up and contacts the inner side of the rail to complete the power; when we go to the towards the power; When the left -handed outer ring is silver ring, the contact part of the two sides is put away and the contact with the inner side of the orbital is cut to realize the power failure. 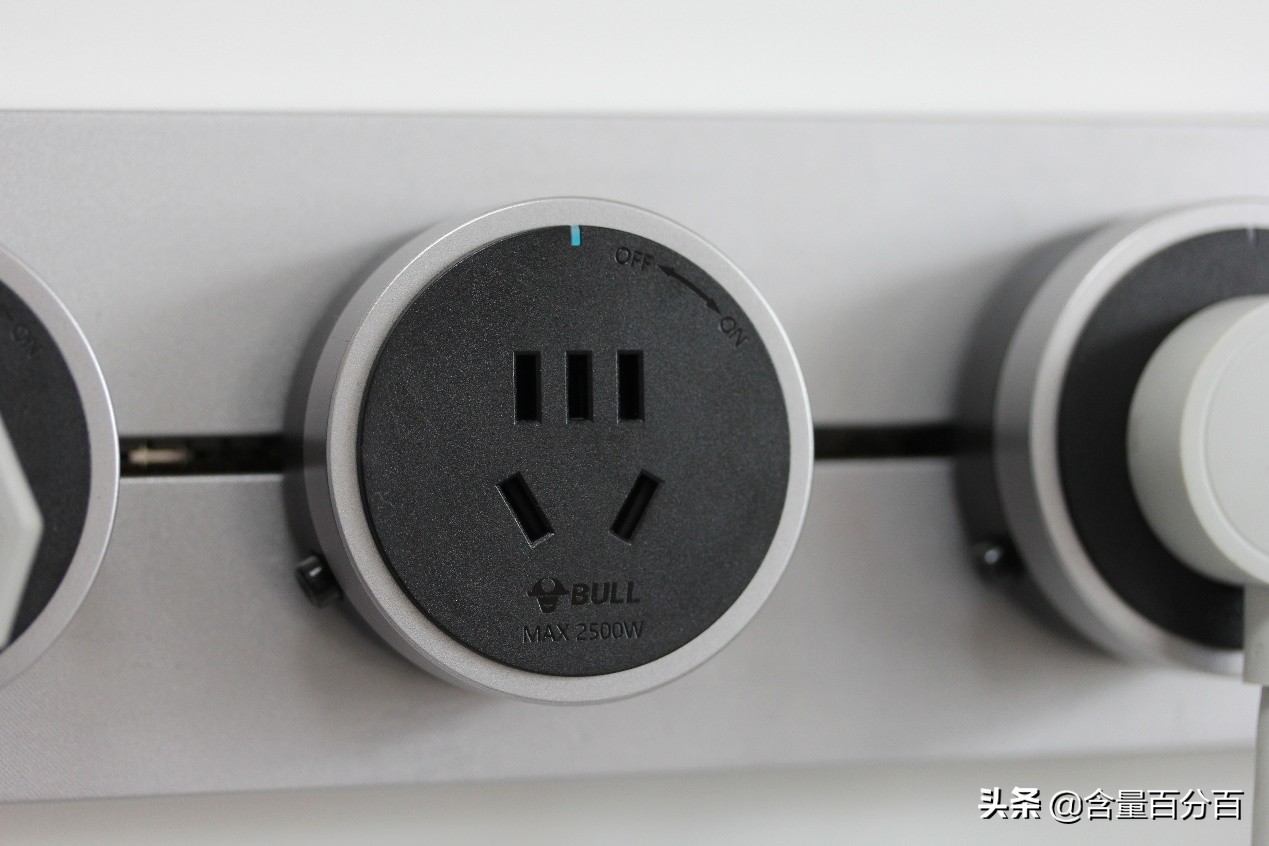 Simply demonstrate with the moving drawing, and you will have a crispy tone when inserting. 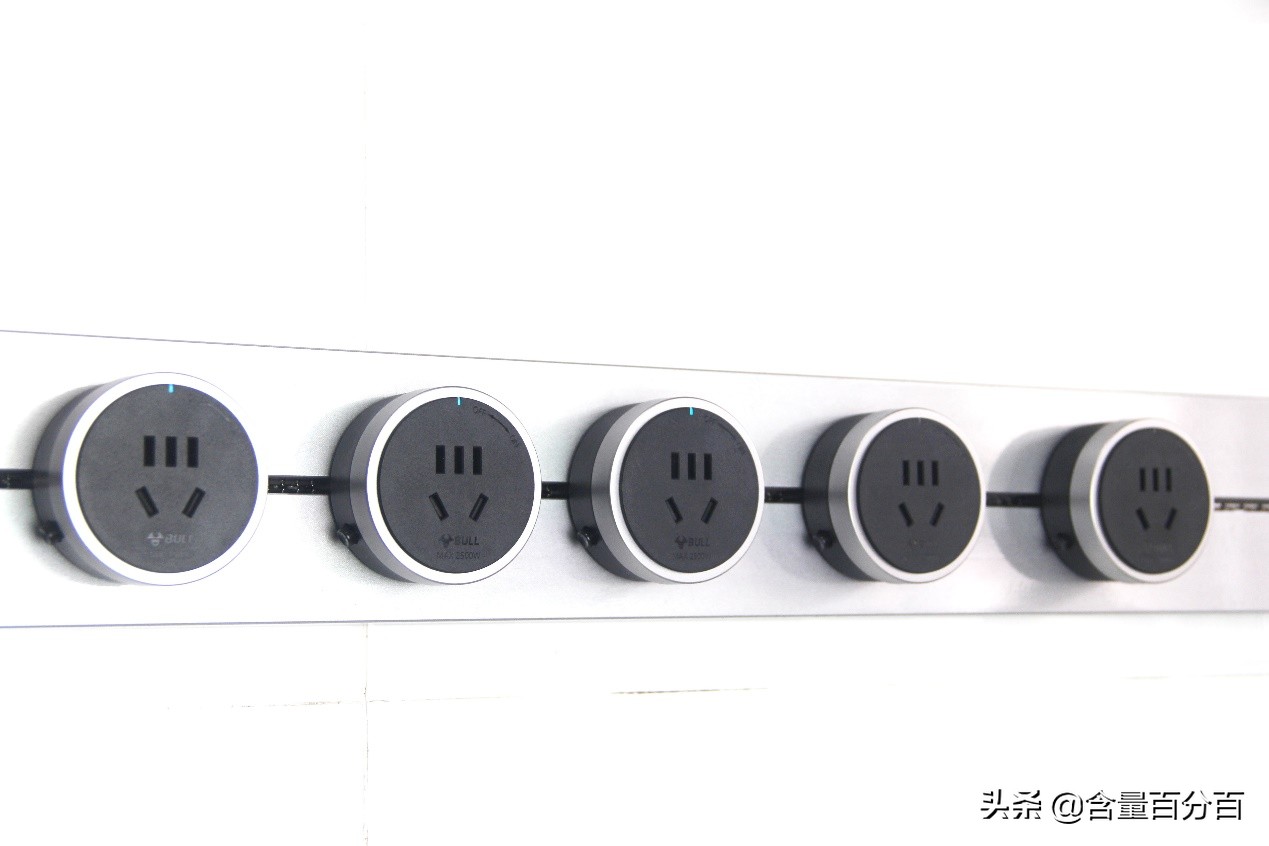 The volume of the Bull track socket is 1000*86*19 mm. It is fully adapted to the 86 wall opening box in terms of width. Therefore, there is no need to re -wiring in daily installation. You can directly replace the original wall insert in situ to protect the wall from harm. 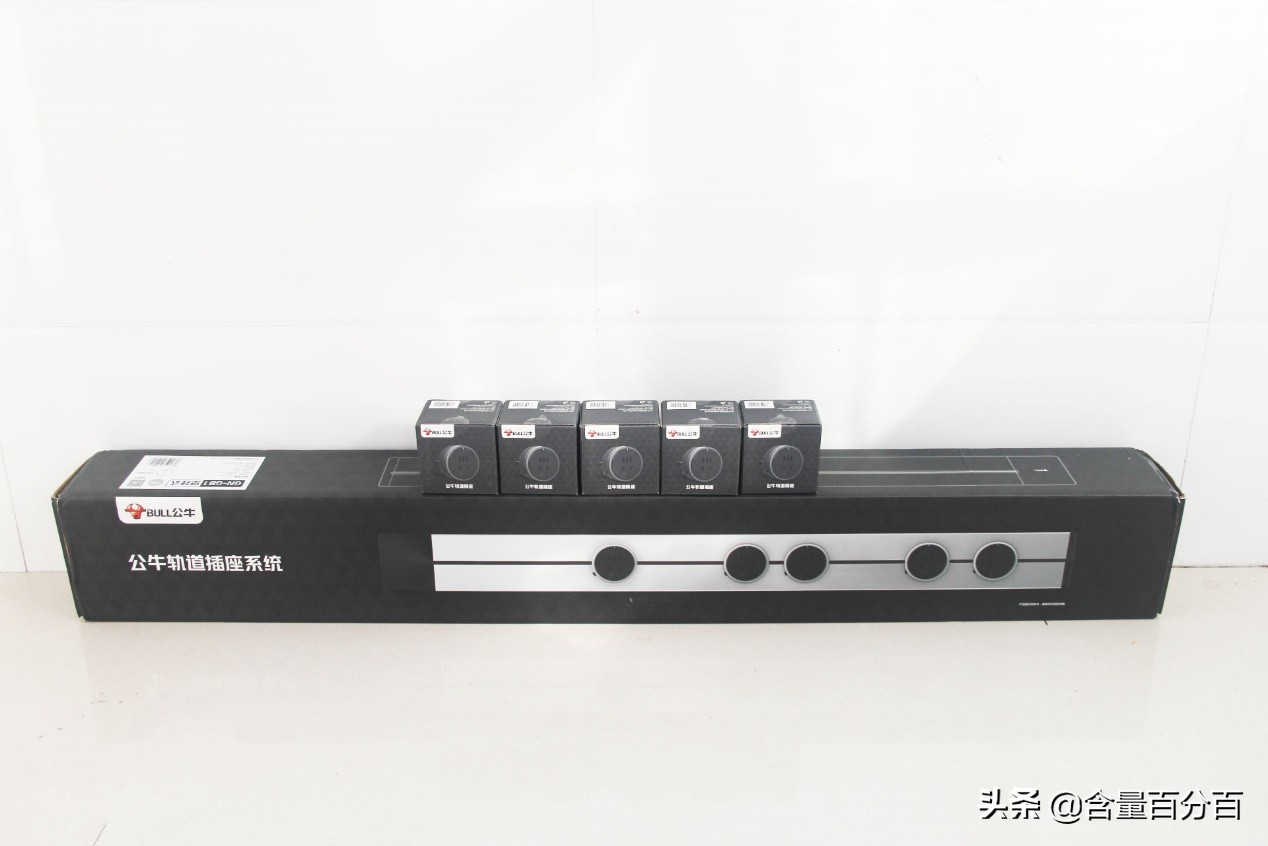 The Bull track socket is designed with a metal backplane, which is more durable and more convenient to install and fixed. The picture below is the actual installation renderings of the Bull track socket, which can be used to directly use the reserved wiring behind the refrigerator. Although the bull -rail socket is bright, whether it is the appearance or color matching, it does not seem to have any obtrusion, but it feels a bit of decoration, and the overall integration is relatively high. 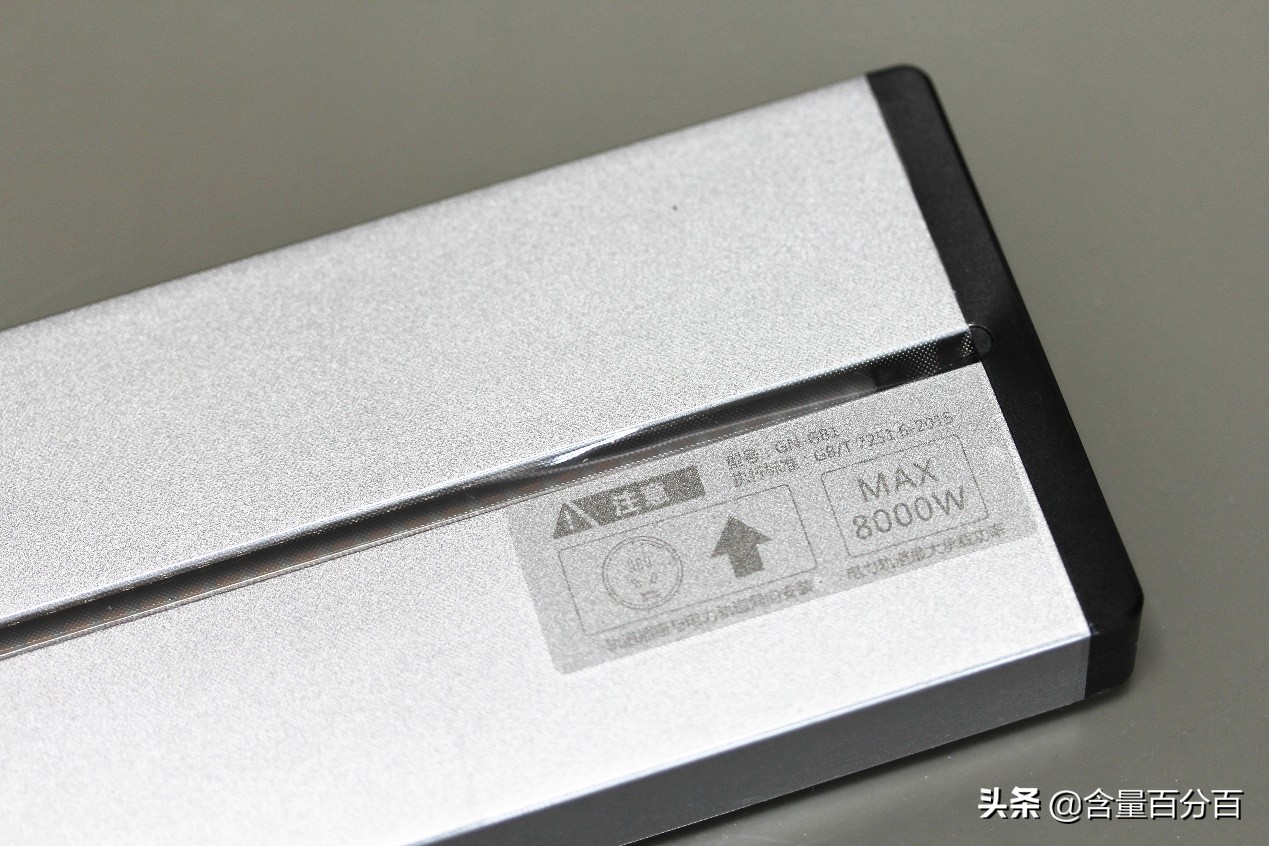 There is no need to worry about the problem of splashing water by the washing table, and it also makes the wires of different electrical appliances look less messy. 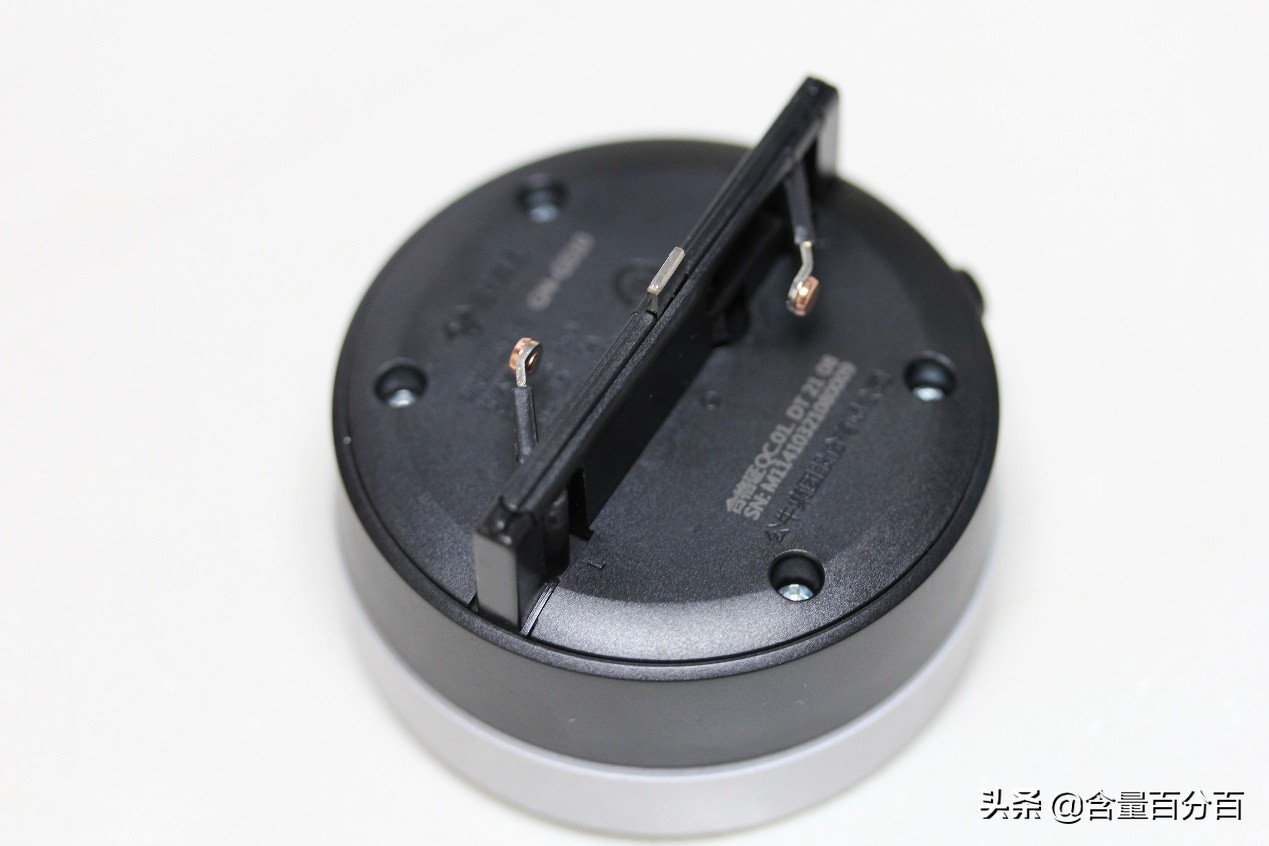 In general, the overall design of the Bull track socket system is relatively simple and can be matched with different home styles. The material and design of the Bull Rail socket system ensure the safety of the user’s daily use. The high load design of the maximum power of 8000W and the maximum current 32A under 4 square meters can meet the use of power supply at the same time. The biggest selling point of the Bull Rail socket system is that the track socket can be freely added and the mobile design, which achieves the purpose of a single rail connection multiple rail socket. It eliminates the trouble of the second wiring of users. There are requirements for the number of wall inserts but do not want to transform family use on the wall. However, due to the open design of grooves, individuals are not recommended to use more oil sewage steams such as stoves or toilets.